Our baby is one-month-old today! He was four weeks old on Tuesday, but we’ve decided that we’re going to count his monthly milestones on the 22nd of every month. I asked around and everyone said it was up to our discretion to count however we want.

Leigh must weigh at least 10 pounds now. We go to the doctor for a check up next week and we’ll find out how much he’s grown then. He was 9 lbs 9 oz at his appointment two weeks ago. He’s been eating like it’s an Olympic sport, so I assume he’s gained some weight. He also likes to be held and my sore arms confirm my assumptions.

Here’s some Leigh-isms from his first month:

He likes to sleep with his arms beside his head. Our ultrasounds showed that he was doing this even before he was born. 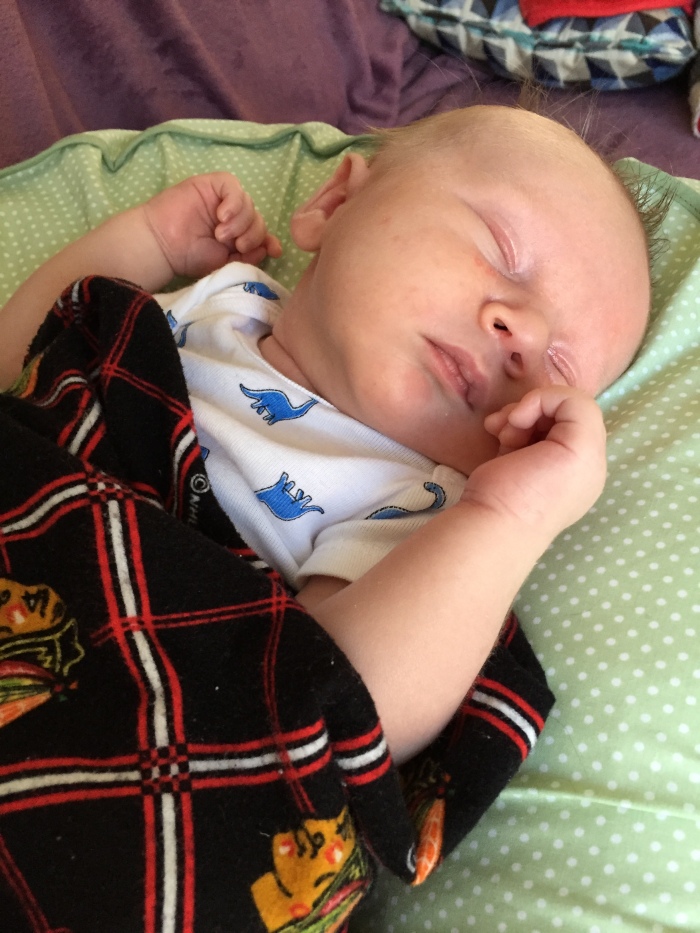 When he farts, it sounds like he’s going to rip through his diaper. 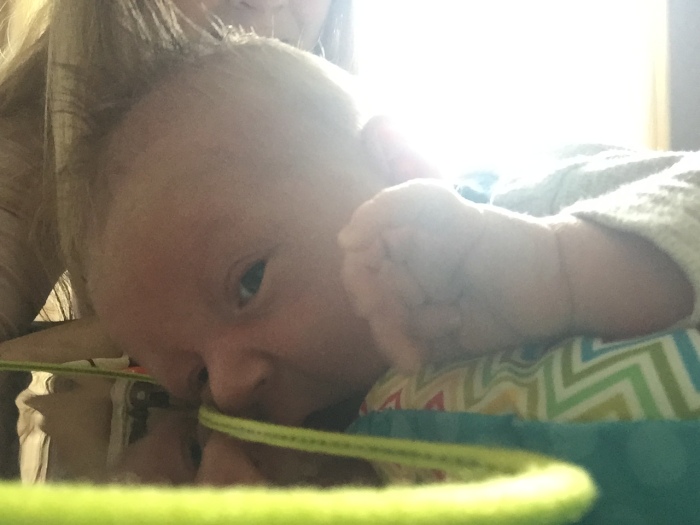 He likes to arch his back to stretch before, during and after sleeping. His neck is so strong!

He gets chapped lips from eating so much. His upper lip has callused and fallen off three times already.

We’ve learned how quickly things change in a month. His eating and sleeping patterns change weekly. He’s almost outgrown his newborn diapers and he certainly doesn’t fit into his newborn onesies anymore. Our big baby has been the best thing to ever happen to us and we look forward to watching him grow.